(Portland, OR) Millions and millions of times, RateBeer beer reviewers worldwide have raised a glass to review a new beer. We have tallied those scores and now present them as our RateBeer Best competition results.

But before we get to those, I'd like to raise a glass to the people who make the beer we drink. These men and women are the artists, engineers, visionaries, chefs, CEOs and of course janitors and many other roles combined that are today's craft brewer. I've had the pleasure of sharing a beer with many around the craft beer industry and there are no more passionate, skilled, brave and hard working people on the planet. The great success of craft beer around the world is further testament to this.

It's my great pleasure to honor them, and all those in the craft beer industry, with the results of this year's RateBeer Best. 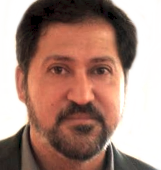 Joseph Tucker
RateBeer Executive Director
For our summaries, a particular emphasis was placed on tastings made in the last year with best new brewer awards ranging back from June 2016. Additionally, brewpubs, bottle shops, restaurants and bars from around the world were awarded prizes. Cheers to all the winners and to everyone who keeps the world of craft beer growing as a fun, cooperative community devoted to artfulness and excellence. Over 100 RateBeer regional administrators verified results.

PROVEN MARKET IMPACT
RateBeer Best Awards are among the most prestigious and desired awards in all of beverage because of their impressive commercial effect. RateBeer Best has catapulted breweries from obscure aficionado fascination to international renown, from the brink of shuttering to stunning commercial success, and from slow uncertain beginnings to well-financed expansions.

TRULY WORLDWIDE
Despite the majority of reviewers and beers being American, the community is enriched by many of RateBeer's top 10 raters being from outside the United States with the top beers hailing from an increasing array of countries spanning the globe. The depth and breadth of RateBeer's beer database is truly unsurpassed and the competition the most comprehensive.

EXTREMELY LARGE
RateBeer Best was again the largest beer competition in the world ever -- more than a half million beers from over 27,000 brewers worldwide were tallied. This year we set several records for participation including most ratings per month (July). By comparison to the gigantic and amazing multi-day spectacle that is the Great American Beer Festival, RateBeer Best judged as many beers this year alone as would be evaluated at the Denver competition over the course of 50 YEARS (50 times the volume of this greatest year ever). We judged more than 38,000 beers in just our NEW BREWERS brewers category alone. That's more than THIRTY times the number of all beers by all brewers at the Great British Beer Festival.

REAL COMMERCIAL SAMPLES
Unlike other beer contests, the emphasis was largely placed on tasting commercial samples -- not special batches prepared for festivals. Additionally, most beers were not tasted in large flights, allowing a more reliable and accurate account of the beer.

Currently Available Lists
All lists of winners below released at midnight Central Time (UTC-6:00) on the dates indicated.